Before I proceed to my further adventures I’d like to take a detour into describing the Southern ways. As you might have noticed, everybody called me ma’am, which I thought was kind of cool. After a few days, “sir” and “ma’am” have entered my lexicon as well.  The trait that stands out the most is general slowness in doing things. Everything and everybody moves at such a leisurely pace that it drove me completely nuts. At a convenience store with only one person before you it might take you full 5-10 minutes (an eternity by NY standards) before the cashier gets to you. Since everybody knows each other they have to ask each other about family, how’s everybody doing, and other chit chat – don’t they have a prepared 5 second elevator speech with which to answer “how’s things” questions? Maybe it’s because they don’t have elevators. Apparently people really expect to receive a full answer from you to this kind of question. I tried everything in my arsenal to speed up the process – giving them the stare, rolling my eyes, tapping my foot – but nobody was getting the message. Come on, people, I ain’t got all day. And the thing is – they don’t even think that they are slow, it’s just a normal pace of life.

After 2.5 hour drive from Nashville I arrived in Birmingham. The town was deserted. I don’t mean deserted by NY standards – where, even during blackouts and whiteouts , there are still a few people here and there. I mean apocalyptic – not a single soul on the streets. I thought maybe it’s because of the heat. I wanted to believe it was because of the heat. 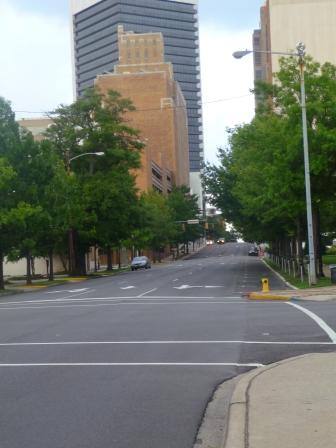 The nice Bed and Breakfast that I booked online was as charming and picturesque as the photos showed.

The door was locked. The card with the phone number to call in case the door was locked was attached to the glass door from the inside. As I was about to call that number a girls appeared out of nowhere and opened the door. Are you looking for a room?  –  She asked. Well, I said, I kind of booked one already. I gave her my last name. She seemed to be satisfied with my answer and led me to my room without asking for id or credit card. The room and the house were all set in a Victorian style. The house was built in 1898. A retired couple bought this place 11 years ago and remade it into a small B&B. Every room is decorated with antique furniture, cotton lace on everything, flowery wallpaper and even pieces of contemporary clothing in the closet. The dining room with a large communal dining table, fine china and silverware contained an impressive doll collection that I thought gave the place the appropriate dose of creepiness. Without it, it would just be too bland, too Disneyland. The place even smelled 19th century! 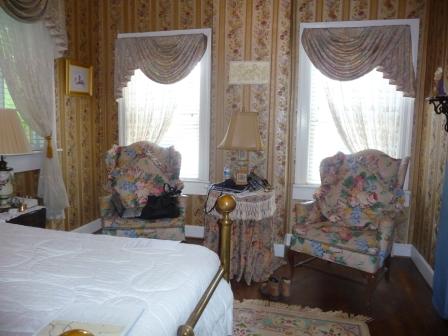 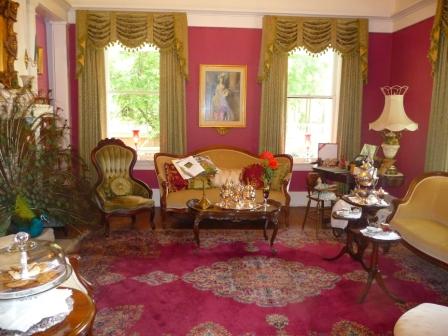 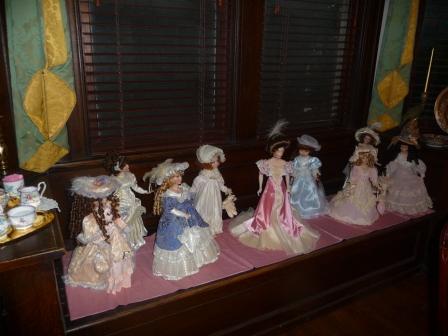 I figured I was the only visitor in the hotel. After the girl gave me the keys and disappeared into nowhere I decided to take an afternoon nap, which felt very natural in this weather and eerily silent setting. I’m unaccustomed to such silence – there were no sounds of people or cars passing – nothing. By the evening the sound of crickets, at least I thought those were crickets, appeared and grew more intense as the sun set. By the dark the sound they produced was almost thermonuclear. I believe, although I’m not an ornithologist, that some birds took part in this after dark cacophony as well.

Birmingham is the site of 1963 bombing of the church by the Ku Klux Klan which killed 4 black girls. I’ll delve into civil rights issues and my observations about its’ state in my next post about Selma and Montgomery.

As charming as it is, there’s really not much to do in Birmingham. It has a percentage of upscale population that works in the University of Alabama at Birmingham (UAB) but they all live in the suburbs. Those rare tourists that do come here pick a more appropriate time like spring or fall. I couldn’t wait till next day to continue with my journey.

At breakfast it turned out I wasn’t the only tenant – there was a British woman travelling through the South with her daughter by train. The owner also joined us and all of us have engaged in conversation on how things are different here from New York and Europe. Slow trains was the complaint of a British woman. Slow people – was mine. She was going to stay in Birmingham for 2 days but changed her arrangements to leave after just one night. I offered to drop her off at the train station for which she was very grateful. I have not seen a more depressing train station in my life, and I’ve seen many of them. 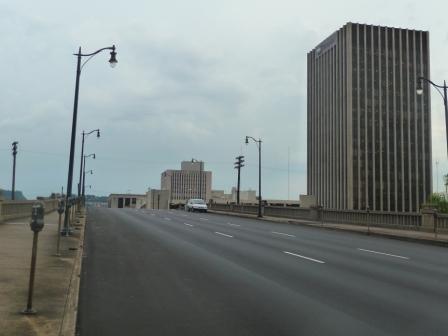 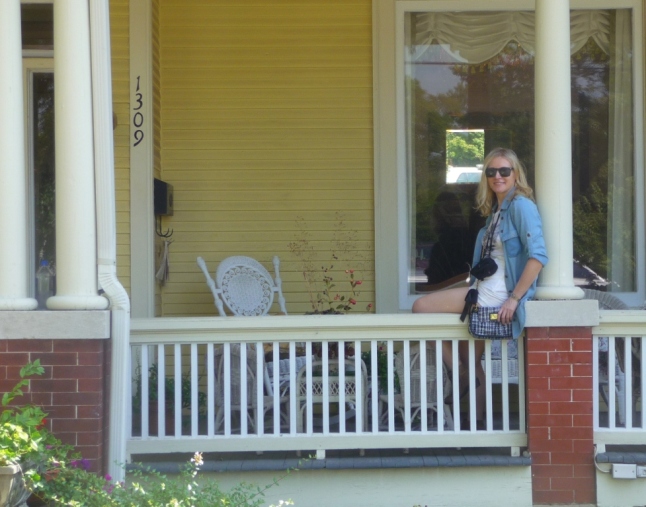 Yours truly on the porch